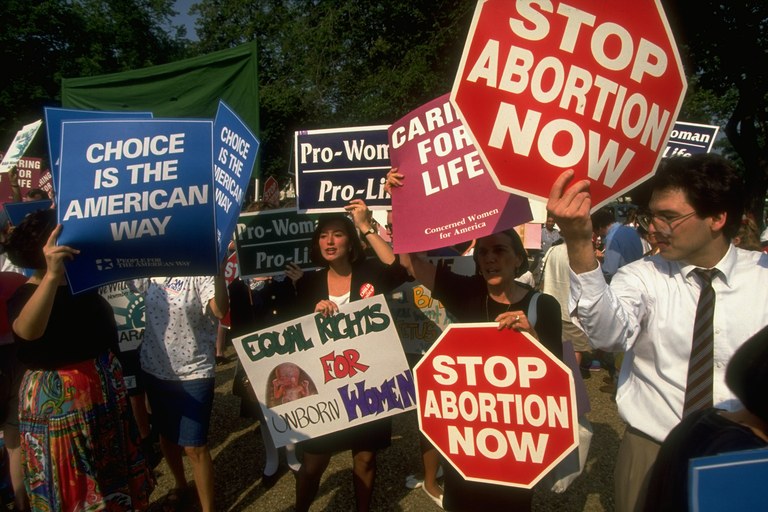 Uncategorized
August 5, 2018
Share
Facebook
Twitter
Pinterest
WhatsApp
Email
Print
With Justice Anthony Kennedy’s resignation from the Supreme Court placing the 45-year-old Roe v. Wade decision back in the news, many in Hollywood have been tweeting their fears about the future of abortion rights and their support for Planned Parenthood.

But weeks before Kennedy’s announcement, a small Hollywood project of a very different sort got underway: a Roe v. Wade movie started shooting in secret in Louisiana.

“The movie is about the women’s rights movement versus the pro-life movement,” said the film’s co-director, Nick Loeb, speaking by phone from the set outside Baton Rouge on Tuesday. “It’s a social war movie where we take both sides of the argument and hopefully let the audience decide.”

Loeb, an actor best known for his ongoing legal battle with ex-fiancée Sofía Vergara over the rights to their frozen embryos, shares writing and directing credit on the film with Cathy Allyn. Though he characterizes his $6.5 million, independently financed film as a balanced story about the landmark abortion-rights case, Loeb said he has received pushback from major Hollywood stakeholders over the subject matter, including two agencies that discouraged their clients from participating for ideological reasons, and another major Hollywood organization that did the same. Asked if that organization was a guild, Loeb declined to comment. “Half of the cast is pro-choice and half the investors in the movie are pro-choice,” Loeb said. “The fact that we reveal the truth behind the [pro-choice] movement is what has upset the left.” A Hollywood Reporter story published Tuesday inspired one of Loeb’s lenders, a finance company supplying $1.5 million of his budget, to pull out of the film, he claimed. Loeb said he said also heard from supporters of the idea of the film, some of them offering housing and food for cast and crew.

Called Roe v. Wade, the movie follows key characters on both sides of the abortion issue, according to Loeb. On the pro-life side is attorney Robert Byrn, who is played by Joey Lawrence, and former National Right to Life president Mildred Jefferson, played by former Fox News commentator and brief Congressional candidate Stacey Dash. On the pro-choice side is Feminine Mystique author Betty Friedan, played by Lucy Davenport of Dinner for Schmucks, writer Lawrence Lader, played by Jamie Kennedy, and Dr. Bernard Nathanson, who was pro-choice at the time of the Roe v. Wade decision but reversed his position, played by Loeb himself.

Also in the cast is Jon Voight, who plays Chief Supreme Court Justice Warren E. Burger; a newcomer named Summer Joy Campbell who portrays Norma McCorvey, the 21-year-old Texas woman known as Jane Roe in the case; Alveda King, the niece of Dr. Martin Luther King Jr., who is the film’s executive producer and has a cameo as the mother of Mildred Jefferson; and Greer Grammer, Kelsey Grammer’s daughter, who plays one of McCorvey’s attorneys.

Loeb said that he and Allyn based their script on primary sources from the case, including court transcripts, interviews, letters, and speeches, which supply about 50 percent of the dialogue. “The more I read about it, the more I thought this was a conspiracy movie in the essence of JFK,” Loeb said. “There’s police raids, chases, bombings, suspense. This is not some boring talkie movie where people sit in a room and debate the issue. This is a wild ride.”