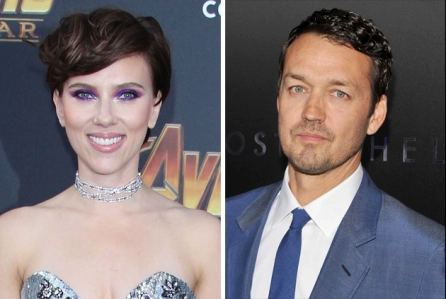 EXCLUSIVE: New Regency has won an auction for Rub & Tug, an American Hustle-like true story in which Rupert Sanders will direct Scarlett Johansson in the fact-based story of a woman who flourished in a male-dominated business of massage parlors and prostitution by essentially taking on the physical identity of a man. New Regency prevailed in a worldwide rights deal over five other bidders. Sources said the hope is to start production in February at a budget north of $30 million.

Jean Marie Gill was a larger-than-life character who took on the mob and became the crime kingpin of 1970s Pittsburgh through her empire of illicit massage parlors and an anabolic steroids ring that helped fuel the Pittsburgh Steelers’ NFL dynasty, all the while cross-dressing and leaning on her allies in the gay community to help grow her empire. However, it is Jean’s fiery romance with her girlfriend Cynthia that truly defines her and forms the emotional core of the story.

The complex anti-hero offers Johansson perhaps her most challenging role since Lost in Translation. Johansson and Sanders previously teamed on Ghost In The Shell.

Films is a co-production between Silver Pictures, Maguire’s Material Pictures and Johansson’s These Pictures banners.

CAA Media Finance ran the auction and brokered the deal.

Gill ran a string of Pittsburgh massage parlors in Pittsburgh’s Red Light district, including the Spartacus, the Japanese Meditation Temple and the Taurean. A former blacksmith with a long rap sheet of providing prostitutes, she was a colorful figure, known to drink and spout Irish poetry, the life of the party. When law enforcement raided Spartacus in 1978, Gill reportedly threw a birthday cake at an undercover state trooper. Her notoriety prompted The Pittsburgh Press to award gill the “Dubious man of the Year” and “Dubious woman Of The Year” titles, explaining: “She embodies business savvy, sexual confusion and an eye for fashion like no one since Michael Jackson.”

Her brazen defiance of the mob left the question who would end her first: rival criminal enterprises or law enforcement. One of her employees at the Gemini was killed after she opened a letter bomb that leveled the place. Another massage parlors was burned to the ground in a suspicious fire that killed several others. But it was law enforcement that brought her to heel in 1984 on income tax fraud. She was sentenced to a 13-year prison stretch, but got three years taken off when she agreed to close three massage parlors within 24 hours. She was released in 1987 and died at age 72.

Johansson is filming JoJo Rabbit, the Taika Waititi-directed WWII satire, and she is also attached to take her Marvel character Black Widow into her first freestanding film. Marvel is bearing down on naming a director. Cate Shortland is atop a short list that includes Amma Asante, Kimberly Peirce and Maggie Betts. She reprises Black Widow next May in the sequel to the recent smash Avengers: Inifinity War.

With Justice Anthony Kennedy’s resignation from the Supreme Court placing the 45-year-old Roe v. Wade decision back in the...
Read more