Scarlett Johansson Ditches ‘Rub And Tug’ To Save ‘Black Widow’ 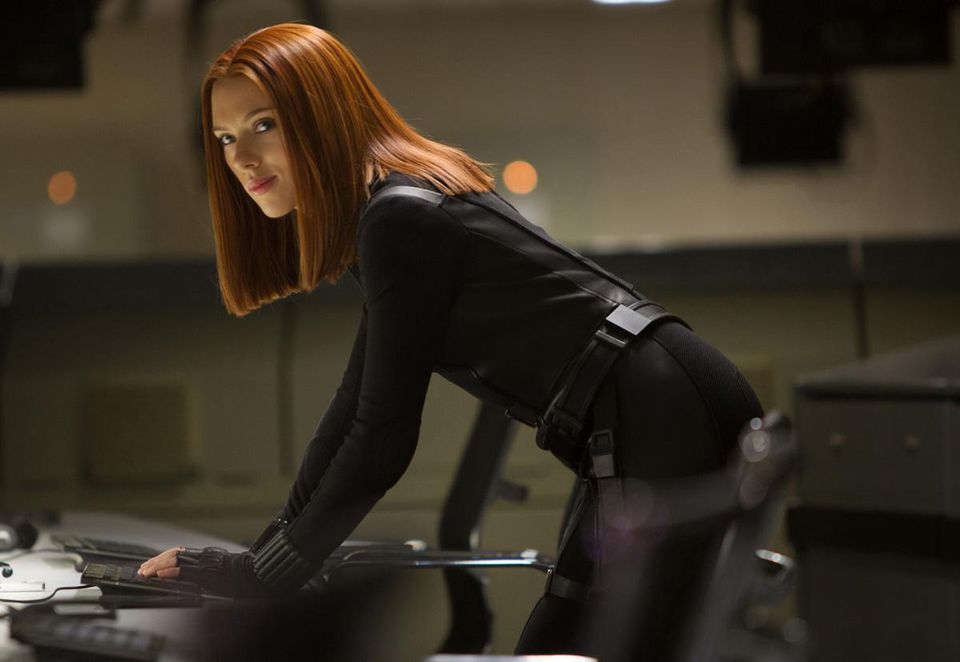 We’ve had a few weeks of online indignation following the announcement that Scarlett Johansson would be producing and starring in a movie about Dante Tex Gill, a 1970s/1980s Pittsburgh massage parlor operator and organized crime figure who was born female but assumed the identity of a man. But as of an hour ago, Scarlett Johansson has bowed out of the project. The outcry came over the notion that Johansson would be playing a real-life character who was apparently a transgender man. After an initial statement where she (through her rep) told those opposed to be directed to “Jeffrey Tambor, Jared Leto, and Felicity Huffman’s reps for comment,” the actress will no longer star in Rupert Sanders’s Rub and Tug.

Even if we give Johansson the benefit of the doubt that she merely saw the true-life crime melodrama (think American Made) as a juicy role about a “tough woman” who assumed a male identity to succeed in a male-dominated arena, the outcry has been fast and furious: Tokyo drift. Speaking of Tokyo Drift, couple this with the controversy over her playing the lead in last year’s Ghost in the Shell adaptation, where she technically played a Japanese woman whose mind and soul was transported into the body of a white lady, and I imagine the actress (or those around her) decided it wasn’t worth it.

There was little chance of Johansson scoring awards consideration or even much acclaim unless the movie turned out to be a stone-cold masterpiece. Even then, the controversy would have become the prime narrative around the otherwise run-of-the-mill studio programmer which would need positive media attention to survive alongside the tentpoles. Whether it would have made any money is an open question (Dallas Buyers Club, with a huge Oscar boost, earned $55m worldwide on a $5m budget in 2013/2014), but it wasn’t worth the possibility of doing PR-related damage to the Black Widow movie.

Sure, general audiences wouldn’t have cared about (or had known much about) the Rub and Tug outcry. But it’s something that would have followed the actress on the publicity trail and may well have been a two-strikes-you’re-out scenario for the very sort of progressive/uber-woke online fans who Marvel and Walt Disney were counting on to sell the heck out of the Black Widow movie. It wouldn’t be a fatal distraction, but it’s not great when you finally make your Black Widow movie and your longtime star has essentially been (justly or not) “canceled” by the geek media at large.

So, for better or worse, even (again) giving the actress the benefit of the doubt that she really dropped out because it was the right thing to do, the comic book superhero movie took precedent over the adult-skewing crime melodrama. If more adults actually went to the movies these days to see flicks like Blow or The Infiltrator, this might be a different conversation. But even with the notion that Johansson would like to get into the year-end awards pool before she gets replaced by the next batch of hot young things (no, that’s not fair and it’s not right, but it still is), the outcry over this possible box office flop doing long-term damage to her image in the MCU wasn’t worth it.

It would be deeply ironic (and not surprising) if the film gets made with a transgender male in the lead role only to flop upon release. The internet is great at being “here for it” on social media in terms of certain movies and then ignoring them in theaters. Fair or not, movie stars still matter for movies like this. Part of the problem, I would argue, is less about Johansson getting to play a transgender person in a major movie and more about the (general) lack of opportunities for transgender actors and actresses to play characters who aren’t necessarily defined by their transgender status (and thus become “stars”). I’d argue this specific sort of casting would be less of an issue absent the utter lack of parity that exists in the industry.

So thus ends, for now, the controversy over Scarlett Johansson playing Dante “Tex” Gill in Rub and Tug. And, coincidentally, it happened just one day after Marvel made good on their promise to find a female director for the solo Black Widow movie. I’m not sure why there is a rule declaring that nearly all female-led action/superhero movies (Wonder Woman, Captain Marvel, Atomic Blonde, Red Sparrow, etc.) have to be period pieces and/or prequels, but that’s a conversation for another day. So to recap, Rub and Tug may die so that Black Widow may live. Even if it’s the right call (and the right thing to do), it sure looks like “trading lives” to me.