Sacha Baron Cohen transformed into social activist Abbie Hoffman as filming for Aaron Sorkin’s upcoming drama, The Trial of the Chicago 7, kicked off in Illinois on Tuesday.

The actor, 48 – who is best known for his comedic stints as Ali G and Borat – opted for a more serious role as he was pictured channelling the anarchist for the first time on the set of the drama, which does not yet have a release date scheduled.

The upcoming movie is based on the 1969 trial of seven defendants charged by the US federal government with conspiracy, inciting to riot and activities related to related to anti-Vietnam War protests, which took place during the 1968 Democratic National Convention in Illinois’ most populous city. 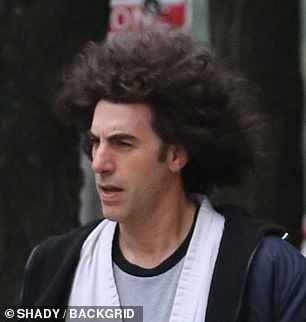 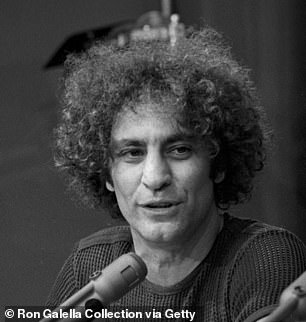 Emulating the eccentric socialist, the Who Is America? star put on an energetic display as he appeared to lead a protest down the streets of Chicago.

The award-winning thespian ditched his natural hair in favour of a curly wig, and sported cat-eye sunglasses, a robe-inspired top and navy trousers.

Frank Langella will play presiding judge Julius Hoffman, while the actors set to portray defendants David Dellinger, John Froines, and Lee Weiner are yet to be announced.

Plot: The upcoming movie is based on the 1969 trial of seven defendants charged by the US federal government with conspiracy and inciting to riot (Abbie pictured with fellow defendants John Froines, Lee Weiner, David Dellinger,  Rennie Davis, and Tom Hayden, Jerry Rubin in 1969) 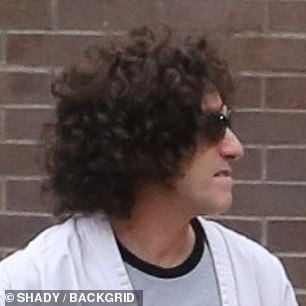 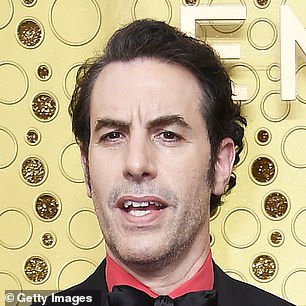 WHO WERE THE CHICAGO 7?

The group played an active role in the fight against war, particularly the Vietnam War, and often held protests to promote their beliefs.

The group were first named the Chicago 8, but Black Panther founder Bobby Seale (1936) had his trial severed during the proceedings.

The seven defendants were indicted on charges of conspiracy to incite a riot at the 1968 Democratic convention in Chicago and plead not guilty in March 1969.

The trial – presided over by Judge Julius Hoffman – for the activists began in September 1969, with attorneys William Kunstler and Leonard Weinglass representing the group.

Chicago 7’s trial saw the activists even promote their beliefs – including racism and oppression – in court.

Hoffman found the defendants and their attorneys guilty of 175 counts of contempt of court and sentenced them to terms ranging from two to four years, but were acquitted of conspiracy in February 1970.

The jury declared all but John and Lee guilty of intent to riot, with the others sentenced to five years and fined $5,000.

Despite the verdict, none of the defendants ended up serving time in prison as a Court of Appeal overturned the criminal convictions in 1972. Most of the contempt charges were later dropped.

The group were originally named the Chicago 8, but Black Panther founder Bobby Seale had his trial severed during the proceedings.

Following a trial – which began on September 1969 and consisted of acquittals, convictions, appeals, and reversals, all of the defendants were acquitted of conspiracy.

Co-founder of the Youth International Party, Abbie played an active role in promoting the civil rights movement between the 50s and 60s, before turning his attention to protesting against American’s political system and the Vietnam War.

The revolutionary – who was also involved in the Flower Power movement – was diagnosed with bipolar disorder in 1980 and committed suicide by a phenobarbital overdose at 52 in April 1989.

On the movie, playwright Aaron said: ‘I’m thrilled to be making a movie about one of one of the craziest, funniest, most intense, most tragic and most triumphant trials in American history.

‘C-7 may take place in the late ’60’s, but there’s no better time to tell this story than today.’

The film was temporarily shut down by Amblin Entertainment in the pre-production phase last year, insiders told Variety. 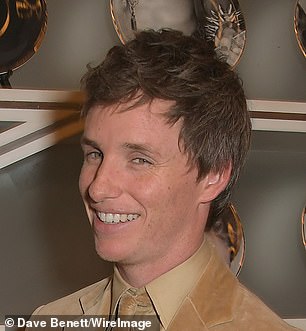 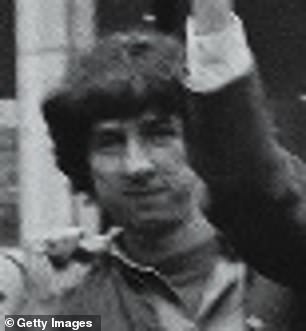 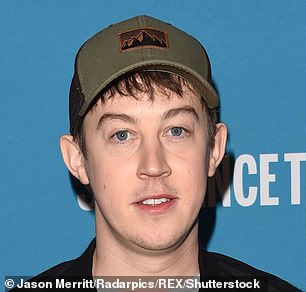 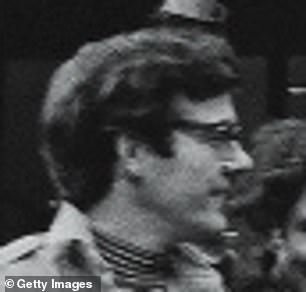 Lookalike? Alex Sharp (pictured left in January) is set to portray Rennie Davis (pictured right in October 1969), who was a member of the Students for a Democratic Society 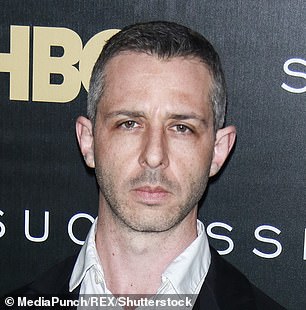 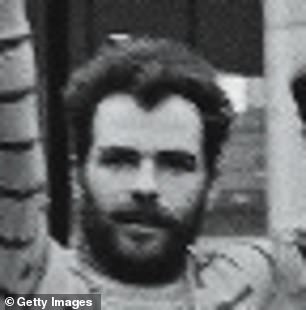 Character: Jeremy Strong (pictured left in May 2018) will play Jerry Rubin (pictured right in October 1969), who was a founder of the Youth International Party 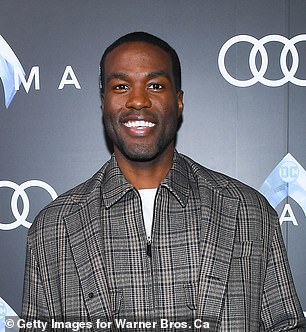 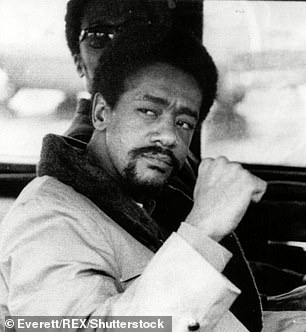 Concerns about the film’s budget caused the production to shut down, as it was slated for a potential February 2019 date to commence with production, according to The Hollywood Reporter.

Insiders told the publication that the slated budget was deemed too much when looking at the revenues of similar recent films in the genre such as Detroit and First Man.

The project is said to have been ongoing for more than 10 years, with potential directors previously ranging from Amblin head Steven Spielberg to actor Ben Stiller until Aaron was tapped in October to preside over the film.

Previous articleJamie Dornan, Alec Baldwin & Christian Slater To Star In ‘Dr. Death’, UCP Limited Series Based On Podcast
Next article‘Sergio’ Trailer: The Complications of Being “The World’s Mr. Fix It”