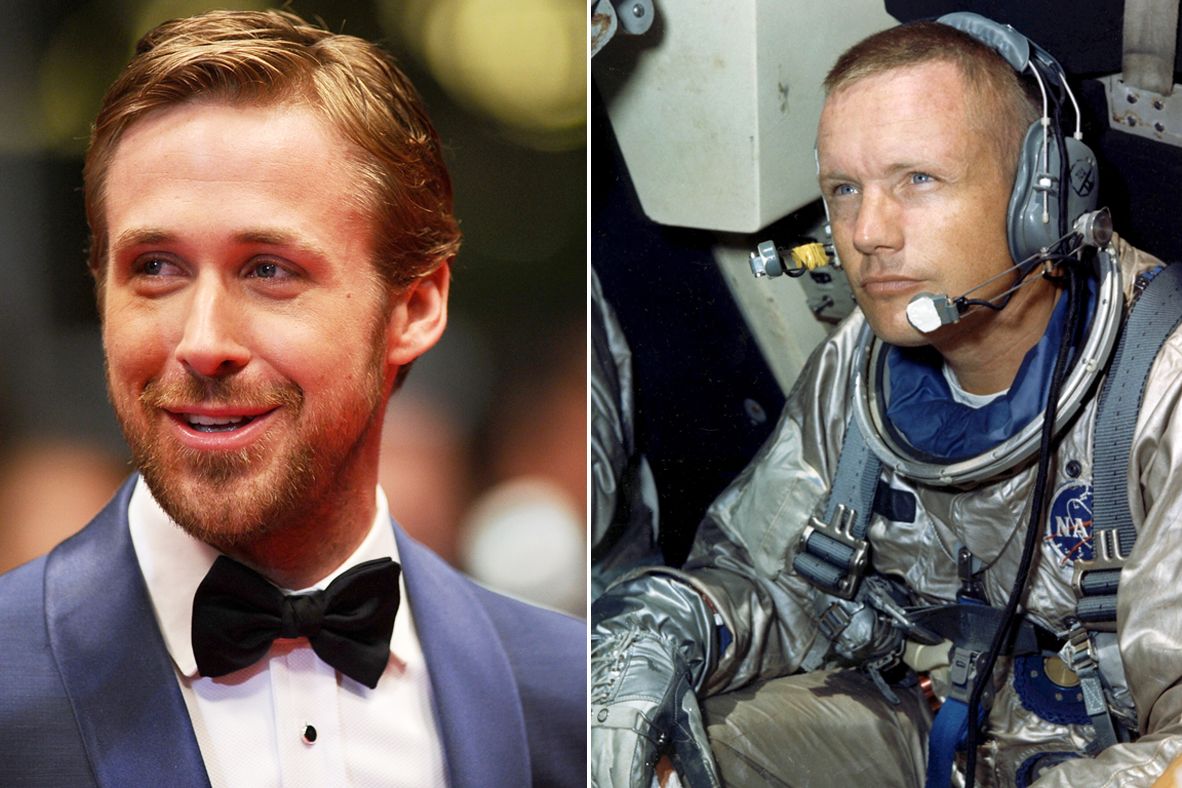 Ryan Gosling will portray Neil Armstrong, the first man on the moon, in a new biopic helmed by La La Land and Whiplash director Damien Chazelle, according to The Hollywood Reporter.

Josh Singer – who earned an Oscar for his Spotlight screenplay – wrote First Man based on James Hansen’s biography, First Man: A Life of Neil A. Armstrong. Gosling has reportedly been tied to the project since late last year, but only inked a deal to star in the film this month.

After serving as a Navy pilot in World War II, Armstrong joined the National Advisory Committee for Aeronautics, the precursor to NASA, as a test pilot and engineer. His first mission as an astronaut was Gemini 8 in 1962, during which he performed the first successful docking of two vehicles in space. On July 21st, 1969 he became the first person to walk on the moon as part of Apollo 11.

While First Man will center around Armstrong, it will reportedly also explore the nearly decade-long endeavor to put a man on the moon, and the cost and sacrifice required by both Armstrong and the country to make Apollo 11 a success.

Gosling recently wrapped production on Blade Runner 2049 with Harrison Ford, though both he and Chazelle are currently garnering heaps of praise for La La Land. The musical chronicles the Hollywood romance between an aspiring jazz pianist (Gosling) and actress (Emma Stone), and has already racked up seven Golden Globe nominations.

“We kept asking ourselves: Is there a way to take those musicals we loved, but kind of make them make them relevant,” Chazelle told Rolling Stone. “And not just modernize it, but humanize it … to get actors who you normally don’t associate with this kind of stuff, and make you feel like all this fancy stuff on screen is being done by people.”

Previous articleZola Tells All: The Real Story Behind the Greatest Stripper Saga Ever Tweeted
Next articleFerruccio Lamborghini’s Legacy Will Be the Latest Racing Biopic to Come From Hollywood