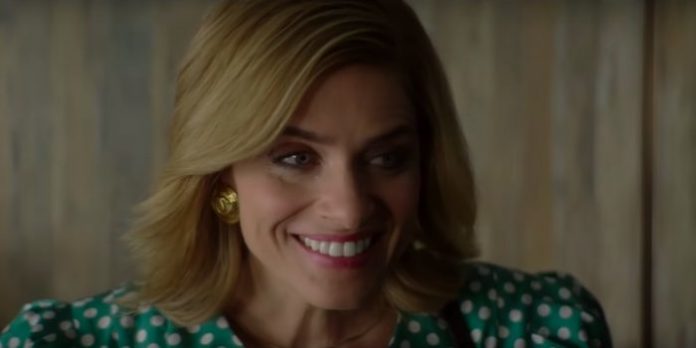 Hell hath no fury like a woman scorned. And Betty Broderick may be one of the most famous real-life woman scorned. Dirty John, Bravo’s true-crime series based on the podcast of the same name about the twisted tale of con artist John Meehan, is back with a new criminal and a new network. Under USA, Dirty John has been rebranded a true-crime anthology series, with convicted murderer Betty Broderick as the central figure in the second season, as played by an absolutely unhinged Amanda Peet. Watch the Dirty John: The Betty Broderick Story trailer below.

There are plenty of true-crime series out there, but only one focuses specifically on the messy marital dramas that belong in a Lifetime movie. That’s right, Dirty John is back. After tackling the master manipulator John Meehan (Eric Bana) and his long con of wife Debra Newell (Connie Britton) in season 1, Dirty John has found another terrible relationship to turn its lens to: that of Dan and Betty Broderick, who Oprah Winfrey once referred to as “one of America’s messiest divorces.” And that was even before the murder came into the picture.

Amanda Peet and USA favorite Christian Slater star as Betty and Dan, respectively — a happily married couple, until a midlife crisis leads Dan to leave his wife for a younger model. The trailer plays pretty sympathetically to Betty’s perspective, seeding in some doubts about her “insanity,” as she accuses her husband of having her put away into a mental institution. The real-life Betty Broderick received 32 years in prison for killing her husband and his second wife, Linda, on November 5, 1989. During the trial, Broderick argued that she was a battered wife who suffered years of physical and psychological abuse, which the trailer does touch on.

But then Peet delivers lines like, “I would’ve been treated better if I had been a dog and served my master. I’m amazed it only took one bullet to kill Dan Broderick,” with a soft smile on her face, and it’s pretty clear where the blame lies. We get shots of Betty vandalizing her husband’s new home, driving her car into his door, and Amanda Peet giving absolutely chilling grins.

Previous article‘Resistance’ Review: Jesse Eisenberg Has the Mime of His Life
Next article‘Radioactive’ Review: Rosamund Pike Is a Dazzling Marie Curie in Uneven Biopic

Matthew Goode to Play Robert Evans in Making of ‘The Godfather’ Series, ‘The Offer’

The limited series is not to be confused with 'Francis And The Godfather,' a feature film on the same subject, starring Jake Gyllenhaal as Robert Evans.
Read more